Forecast your campaign's return and have your budget under control.

Written by Amy
Updated over a week ago

Estimating results is very useful when doing your campaign’s hunting so you have an idea of the main KPI’s you’ll get. You can include several profiles to estimate at the same time by doing a massive action, or go one by one. 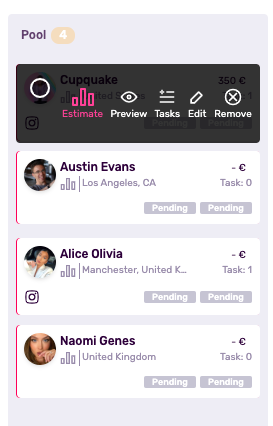 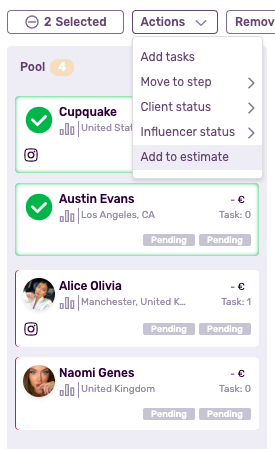 Once you’ve included profiles to estimate, a window will pop on the lowest part of the campaign’s overview. 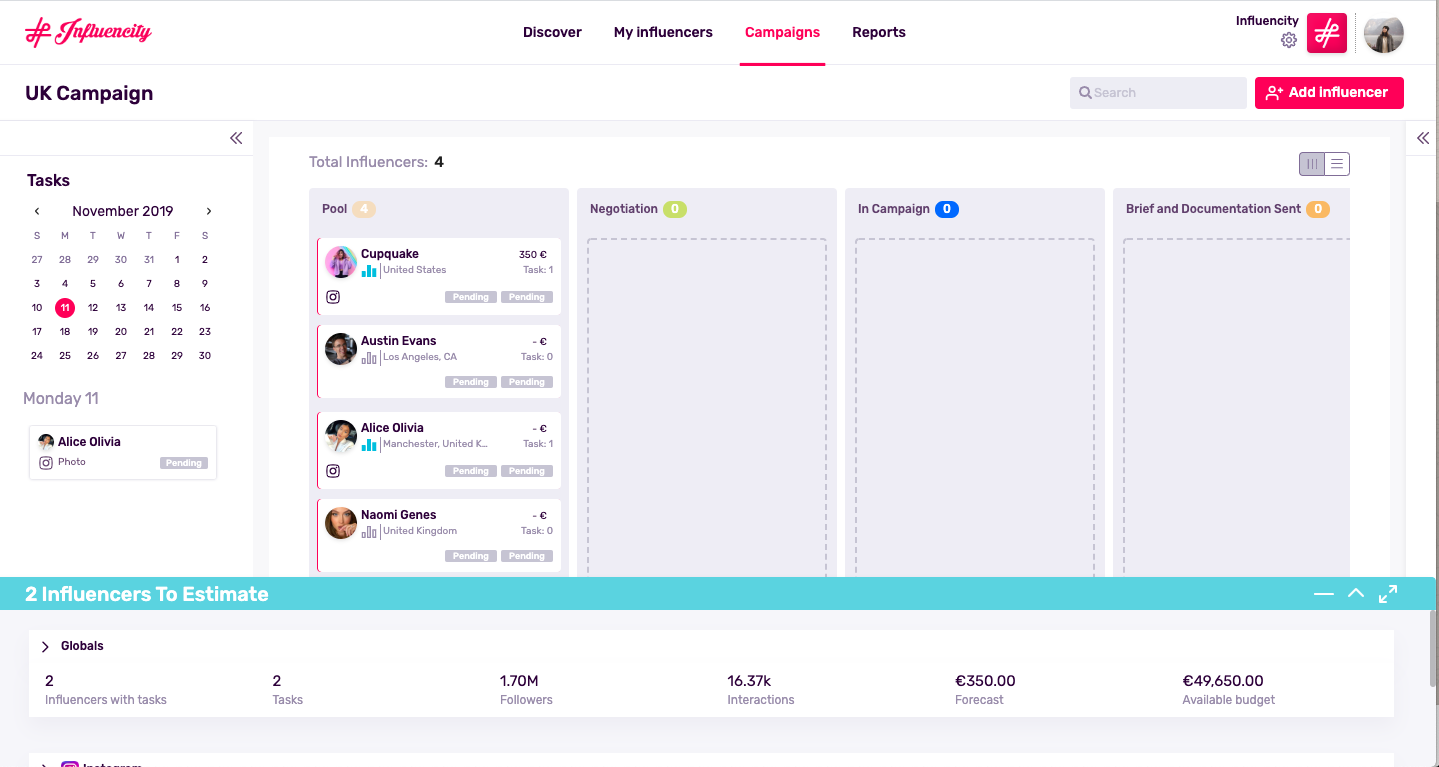 You can maximize this tab using the icons on the top right corner of the window and see a global estimation of the campaign as well as an estimation for each social network.

Did this answer your question?